A downloadable Badblood for Windows and macOS

BADBLOOD is a local split-screen hide & seek between two players, with a deadly consequence. Find your unique style of murder in this intimate and visceral local multiplayer, and outwit your neighbor. Same bloody field, different bloody perspective. Hide, seek, kill.

this is good but the framerate is really choppy

Is there a known issue with crashing on Windows? I'm getting as far as the Unity splash page and then the program closes.

Local 2 player splitscreen stealth arena and... holy crap this is good. Lets start with the fact that its a stealth game where you see the opponents screen. These madmen actually found a way to make that work and incorporate that aspects into game mechanics that can be used to subtly confuse you or be obfuscated if you want to change what your opponent is seeing. Rustling grass and walking too quickly gives your position away, but you also need to keep track of landmarks and thorns to plan your route to your opponent. The game also has 4 different characters with different movement, kill and special abilities and 2 different modes that shake up how you play. Easy to pickup, hard to master, the game really could use a decent tutorial for a new pair of players, but this is a beautiful and surprisingly complex stealth death match. 4,5/5

Hi! Just wondering if there will be an update for the mac version. This game looks really well developed!

Having issues when playing with Xbox 360 controllers in that player 1 controls movement for both and player two can only move and not use buttons. Anyone else having this or know what i'm doing wrong

whats the point of hide and seek if it is local?????? like, it would be fun if it was online multiplayer so your friend cant literally look at your screen!

"Badblood dares you to screen cheat. But remember that your North is not your opponent's North. Disorient, manipulate, ambush." right there in the description.

Did you actually try it? It's 100% designed around screencheating: your opponent's grid is rotated 90 degrees from yours, but the tiles are still drawn "upright', so it's much more disorienting than just rotating the view. There aren't very many landmarks, and you can zoom-in your display so your opponent doesn't have as much to go on. And of course your opponent is invisible on your screen: you can't see them even if they're right next to you. It seems like you'd be able to get good at it eventually, but I found it very tough to think about the map in two orientations at once.

I wish there was a playable Demo!  Looks amazing!  Love the graphical style and stop-motion-ish animation

ever since we played it, me and my friend came up with the word BABLDOOD and we can't forget it ever since 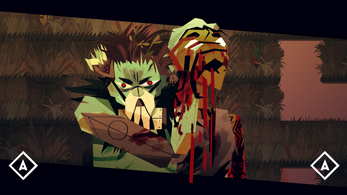 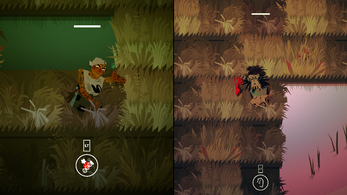 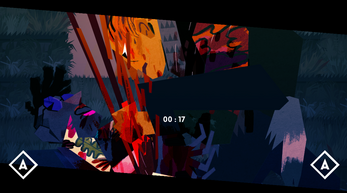 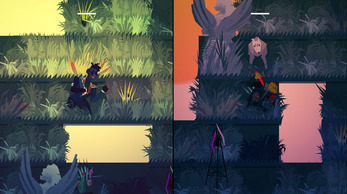